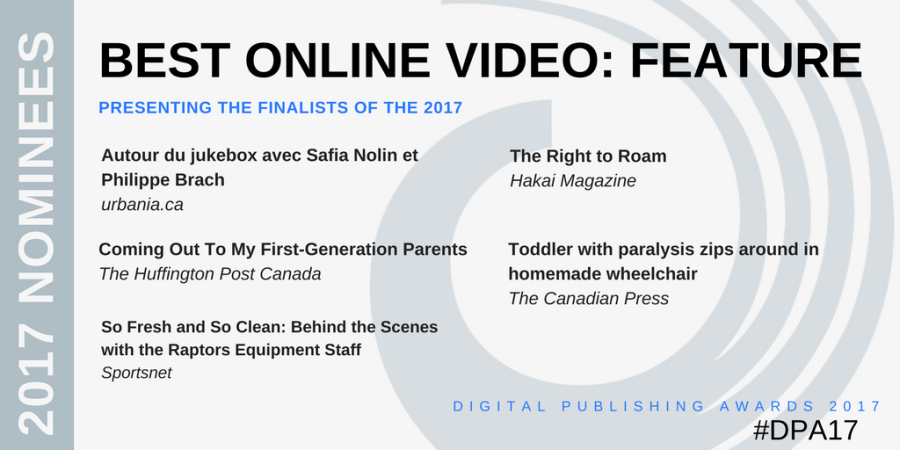 The award for Best Online Video: Feature will go to the creators who have demonstrated creative excellence in the production of a video that is between two and five (2-5) minutes in length. This year, the jury has nominated 5 standout videos.

Entries in this category were judged based on overall production quality, overall content quality as well as overall impact, considering how successfully the subject matter engages the intended audience.

We encourage you to sit back, take a break and view the 5 videos nominated in Best Online Video: Feature:

Coming Out To My First-Generation Parents
HuffPost Canada 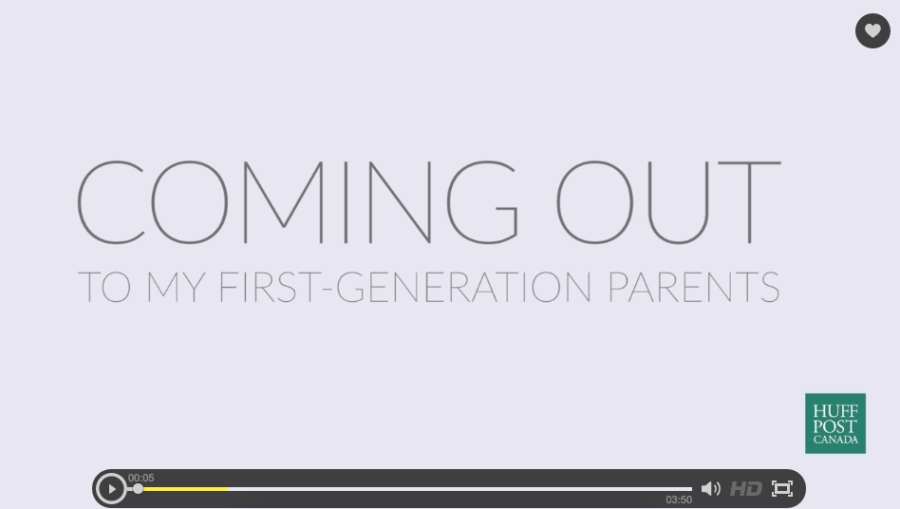 So Fresh and So Clean: Behind the Scenes with the Raptors
Equipment Staff
Sportsnet 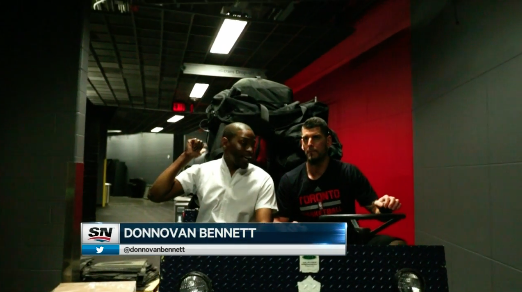 The Right to Roam
Hakai Magazine

Toddler with paralysis zips around in homemade wheelchair
The Canadian Press

The winners of the Best Online Video: Feature award will be announced at the Digital Publishing Awards Soirée on Thursday June 1, 2017 in Toronto. Join us!