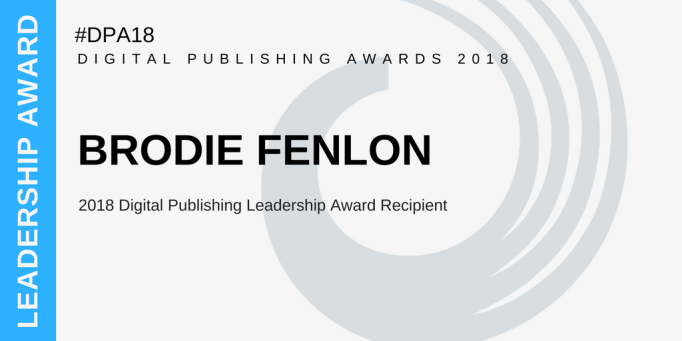 The National Media Awards Foundation (NMAF) is proud to announce that the CBC’s Senior Director of Daily News and Bureaus Brodie Fenlon is this year’s recipient of the Digital Publishing Leadership Award, which honours an individual whose career contributions to Canadian digital publishing deserve recognition and celebration. Brodie will be presented with his award – the highest individual distinction from the Digital Publishing Award program –  at the DPA Soirée on May 29th. 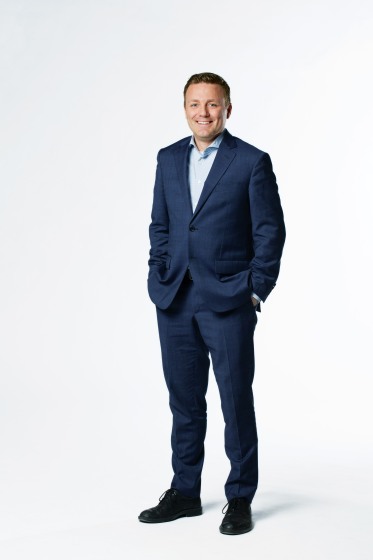 Brodie’s career in journalism began after graduating from Western University’s journalism program, when he started working as a newspaper reporter for the London Free Press and the Toronto Sun. In 2007, Brodie switched from print to digital journalism, taking a position as digital editor at The Globe and Mail. Angus Frame, the Senior Vice President of Digital Products and New Product Development at Torstar Corp., says he takes “special pride in being the person who brought Brodie into the world of digital news (…).” Angus goes on to say that Brodie was “one of the best hires I have ever made.”

Brodie spent four years at The Globe and Mail before switching gears and becoming the Managing Editor of News at The Huffington Post Canada; there, he played a strategic role in launching the first international edition of the U.S. website. Angus Frame calls Brodie a “transformative leader at The Huffington Post and now at CBC,” as Brodie has since joined Canada’s national public broadcaster’s team, overhauling their digital news strategy. He “has been a force of nature since the day he stepped through the door,” notes Mari Ito, Executive Producer of Daily News at CBC News. Today, Brodie is the Senior Director of Daily News and Bureaus for the CBC.

At the CBC, Brodie has overseen the launch of new iOS and Android apps, the mobile site, and a number of interactive tools and templates. Under Brodie’s leadership, CBCNews.ca won last year’s Digital Publishing Award for General Excellence.

“He is a marvel,” says Greg Reame, Managing Editor of Daily News at CBC News. “With no apparent understanding of quantum physics, Brodie manages to warp the space-time continuum. It’s the only way to explain how he crams a week’s worth of industry and initiative into each 24-hour day.”

Brodie’s determination to drive digital innovation is lauded by his peers, with Angus Frame describing Brodie as an “incredibly positive and galvanizing force that can transform a staid or negative culture into a creative and optimistic one.” Mari Ito cites Brodie’s “boundless energy, positivity, and knowledge that helped transform CBC News into a place that not only embraces digital, but does so enthusiastically,” while Sasha Nagy (Managing Editor, Video at HuffPost Canada) highlights Brodie’s “enormous hunger to learn, to absorb all he could in order to untap the potential that digital media presented.”

Brodie’s pursuit for digital innovation is matched with a desire to build camaraderie in the newsroom. “He has been able to lead his newsrooms through challenging times and difficult stories, never losing their full support,” says Sasha Nagy, of Brodie’s time at The Huffington Post Canada. Clearly, this is a factor of Brodie’s leadership that he carries with him from newsroom to newsroom, as Mario Ito notes that, “despite his harrowingly packed schedule he makes time to be out on the [CBC] newsroom floor, checking in and connecting with his staff. Whenever anyone asks for one-on-one time with him, he makes it happen. When people are stressed, confused or worried, they know they can go to Brodie because he listens.”

CBC’s digital coverage of major news everts serves as a reflection of Brodie’s ability to lead a well-connected team of digital innovators, as Greg Reaume notes their “impressive digital coverage of major news events including the national inquiry into Missing and Murdered Indigenous Women and Girls, the #MeToo movement, the Parliament Hill shooting, Donald Trump’s presidency, and the plight of refugees and migrants.”

Though his career path, brimming with professional achievements, is in itself impressive, Brodie’s peers were all careful to note his kind, generous personality. He is “genetically incapable of meanness” says Greg Reaume, while Sasha Nagy recognizes his knack for balancing work and family, remaining the “most decent journalist [he has] ever had the pleasure of working with.”

“Brodie is the kind of leader who inspires the people working for him and around him to be better,” says Mari Ito.

For his commitment to digital innovation through commendable leadership skills, the NMAF is honoured to present Brodie Fenlon with the 2018 Digital Publishing Leadership Award.